Shopping Cart
Your Cart is Empty
Quantity:
Subtotal
Taxes
Shipping
Total
There was an error with PayPalClick here to try again

Thank you for your business!You should be receiving an order confirmation from Paypal shortly.Exit Shopping Cart

Hey! Old news is better than no news. FUNimation's licensing of the entire Mai-Series announced at Otakon 2013:

North American anime distributor FUNimation Entertainment announced at its panel at Otakon on Saturday that it will release Shinichiro Watanabe and Sunrise's Cowboy Bebop television anime series digitally and on Blu-ray Disc for the first time in North America. Funimation plans to release the series in 2014. Additionally, the company announced that it has licensed the following titles that Bandai Entertainment had previously licensed:

Sunrise producer Masayuki Ozaki had revealed in May that the company was in talks with Sentai Filmworks and Funimation to distribute former Bandai Entertainment titles.

Funimation also announced that it has licensed the rest of the Fairy Tail television anime that is currently in existence (up to episode 175), and revealed that Wolf Children will ship on Blu-ray Disc and DVD on November 12.

I was the first to say: 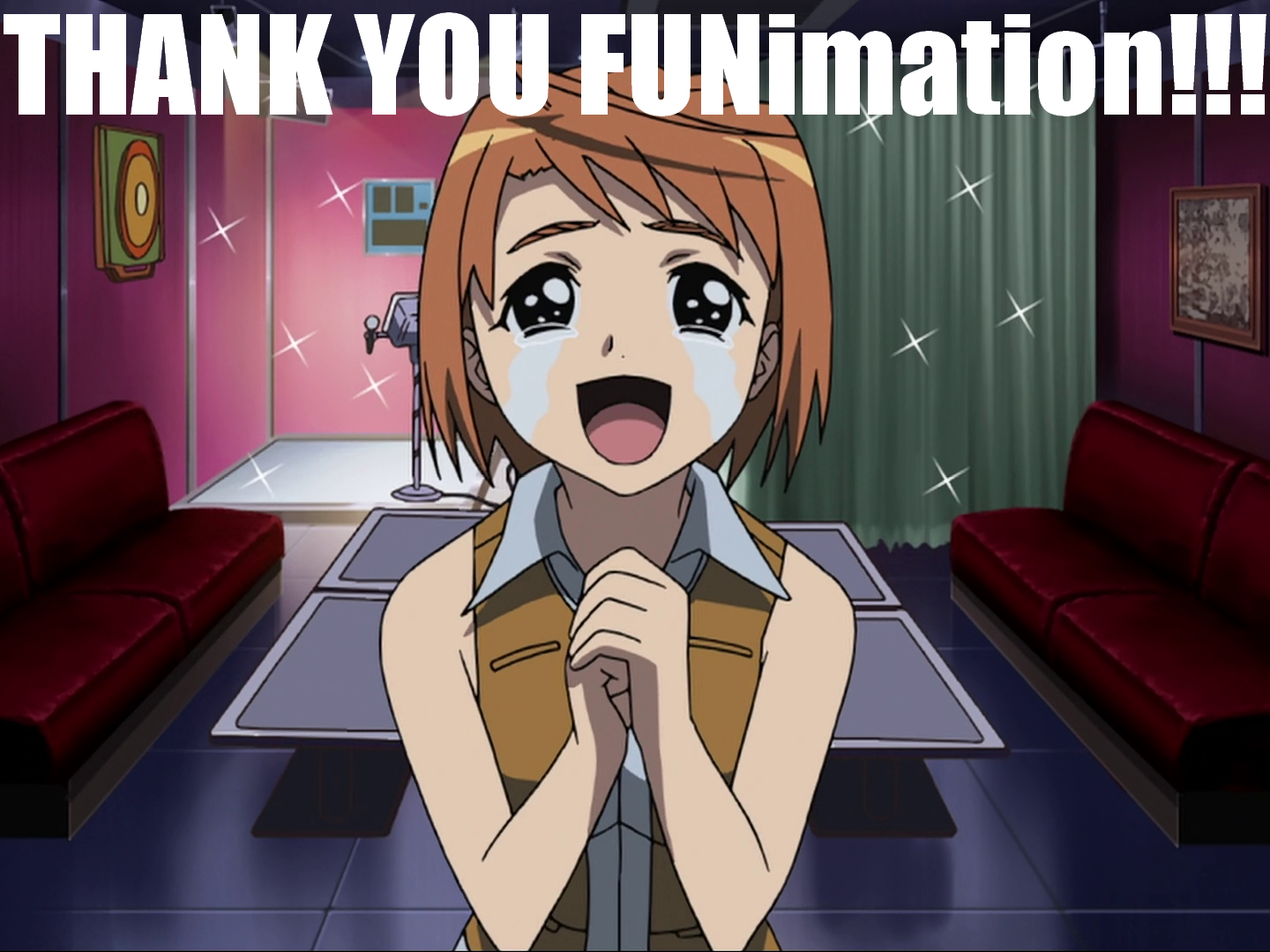